ABUs or ABU acronym for Anti Boner Underwear(s) , sort of self explanatory but for the non-erectile if you will, suggestive of your very best ‘what if I get in an accident’ quality of underwear that also has the magical property of being able to suppress a trouser ripping erection in an inappropriate public place such as church, school, or any other venue or situation where you wouldn’t want to embarrass either yourself or the object of your deepest and most precious sexual desires.

Used in a sentence:
Of course I want to fuck her, but her parents, priest and various law enforcement agencies will be present, so I’m wearing my ABUs. 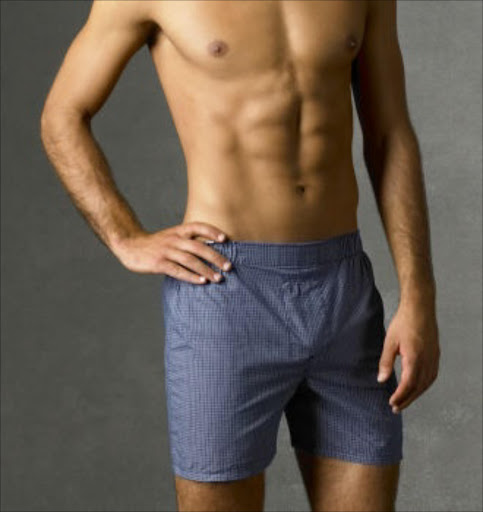 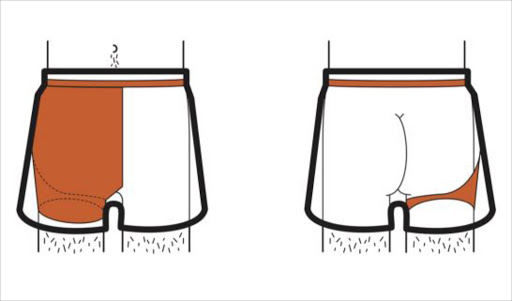 Males no longer have to suffer the embarrassment of having a visible erection in public.

How so you say?  Enter the bloxers!

The product that promises that “when life makes it hard, bloxers make it easy.”

Bloxers are a new invention that was designed to help disguise an erection.

According to the makers of the Bloxers they were designed for “comfort and functionality”.

Each pair of Bloxers contains an inbuilt ‘deflector shield’, basically a large pocket that covers the crotch and conceals the erection.

‘The fabric, dubbed the “deflector shield” covers your crotch in its entirety…while deflecting to your chosen side,’ it is citied on the website.

There are three different styles of bloxers. One for men who veer to the left when erect, one for righties and a third option for those who are ‘switchhitters’ – the men who are somewhat in-between.

The inventors of the underwear have started a crowd funding initiative on Indiegogo in order to raise $20,000 (R247 600) to develop the underwear. You can also visit getbloxers.com to find out more about them.

Their goal is to raise enough money to start an online store.

The inventors of the underwear are also donating 25 percent of their profits to men’s health organization, because they are all about “happy men, sexually, emotionally, medically.”

Take a look at the video they made about their product.

Mr. Brown, the founder and spiritual leader of krapchat, is a bitter old man who weeps daily at the demise of freedom of speech in the United States of America. krapchat.com is his way of fighting back against political correctness in every form, and if that doesn't work, it is at least a place where you can tell a joke without offending some new age pussyhat wearer, or just as bad old men who wrap themselves in the flag yet never served in the armed forces themselves and managed to get their sons out of serving as well, often with an ailment of the feets. View all posts by mr. brown